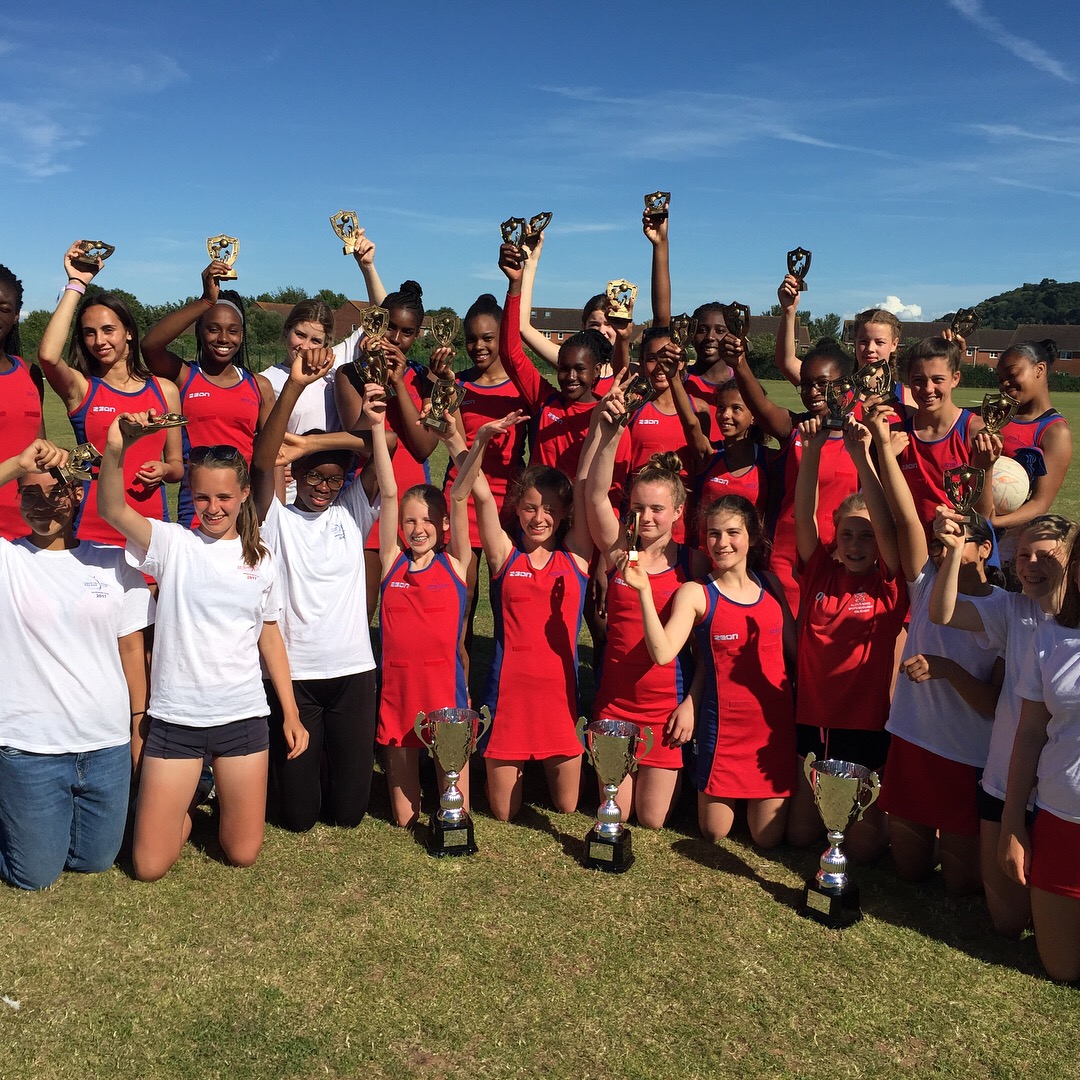 The tournament regularly attracts teams from over the country, with this year seeing squads from Nottingham, Wokingham, Wales and Bristol taking part.

The U16’s two-day unbeaten achievement was even more impressive as they were playing in the Senior age group. Due to other teams in the U16 age group dropping out of the tournament, CPNC U16s were asked if they would be happy to move up and play against the senior teams.

Saturday’s matches saw them demolish all opposition with scores such as 24-0 against Bobcats of Exeter, 22-1 against Skybound NC from Bristol and 20-0 against Nottingham’s Bramcote.

The final was a replay of one of the earlier matches and saw Palace beat an experienced Skybound team 17-2.

U16 shooters, Thea Okeke, Ore Adamson, Grace Thompson, Dani Henderson and Millie Larkin were confident and strong in the circle against some experienced and very physical defenders – racking up an impressive 182 goals across the two days.

Defence consisted of Jada Springer, Rheanna Thomas-Grant who barely allowed the opposition a sniff of the ball – conceding only 16 goals across all 10 games.

The final against Wokingham, was a very physical affair – with the height difference a possible factor as the Wokingham players towered above the majority of the CPNC girls.

The shooting pair of Flo Brand and Amelia Watt, were on fire, with Flo achieving a 100% shooting rate taking 7/7 in the first half. Flo netted some huge shots at key moments in the game, which helped lift the team to a well-deserved victory!!

Simis Turay and Rosharna Thomas-Grant’s tenacious defence frustrated their opponents as they continuously disrupted the attacking flow of the opposition shooters.

Centre-court players, Honor Gibb and Millie Allen, were swift and agile in play – with their pass accuracy and consistency resulting in numerous goal assists, throughout the tournament.

The defensive unit of Simis Turay and Rosharna Thomas-Grant was tight with very strong leadership and direction coming from Ella Wint-Kearney in mid-court defence.  The communication between the trio and their interception rate was awesome!

The U14s secured some comprehensive wins against some pretty tough opposition – including 14-2 against Clevedon 1, 15-0 against Clevedon 2 and 7-2 against Wokingham. However, there were no teams able to stop their winning of the cup, which they secured with a 7-5 win over Wokingham, who approached the game determined not to lose again and put up an impressive fight.

U13s won all six games on the first day – 9-4 against Pengham, 8-2 against Neath. As the next five games went underway, the girls built their confidence and had a clean sweep in the group of 13-1 against George Albert School, 12-1 against Clevedon, 14-2 against Glenmore, 17-1 against Ebbw Vale and 12-0 against Y-Strade topping the group with 35 points.

In the finals the Palace girls were surprised to meet Glenmore again. Having previously beaten them 14-2 in the round, the Glenmore girls came back at the Palace girls as the game started with a 1-0 lead to Glenmore. The Palace girls in attack had been unfortunate as the balls were not getting in the goal, but they had composed themselves and put pressure on Glenmore where Katie Stamp and Nancy Laurenson started to work better in the shooting circle confusing their players making better movements allowing passing the ball in the circle easier to get into. The Palace girls took the half time lead of 6-1. A few changes during the break and the girls settled and won the game 15-2.

Shooters over the weekend were awesome. Katie and Nancy were consistent with Katie showing great strength in her play leading the girls not only as the top scorer but as a game player. She encouraged her team on and off court and did well in her role as captain.

In centre court, our youngest player on the team Inayah Dar showed versatility in her game play as she switched from WA to WD during game play.

Our defence pairing of Maya Cozier and Olivia Miniccini were outstanding throughout the tournament. The girls between them got plenty tips and interceptions and showed strength in the circle.

All three teams went undefeated across two days of play and were emerged well-deserved champions..! Coach L-B was extremely proud as she had received numerous compliments about the girls’ behavior and the very high standard of netball they played.